THIS year has seen some truly bizarre behaviour from airline passengers.

But while some of it can be attributed to being in confined spaces for too long, it's hard to justify others. 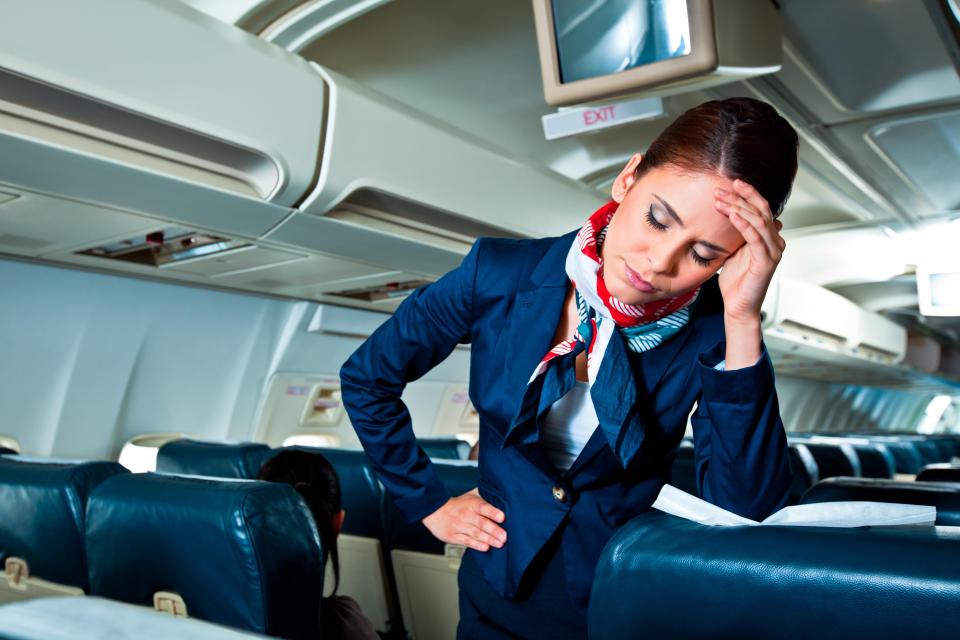 So as the year draws to an end, we look at some of the strangest things people have done during a flight: 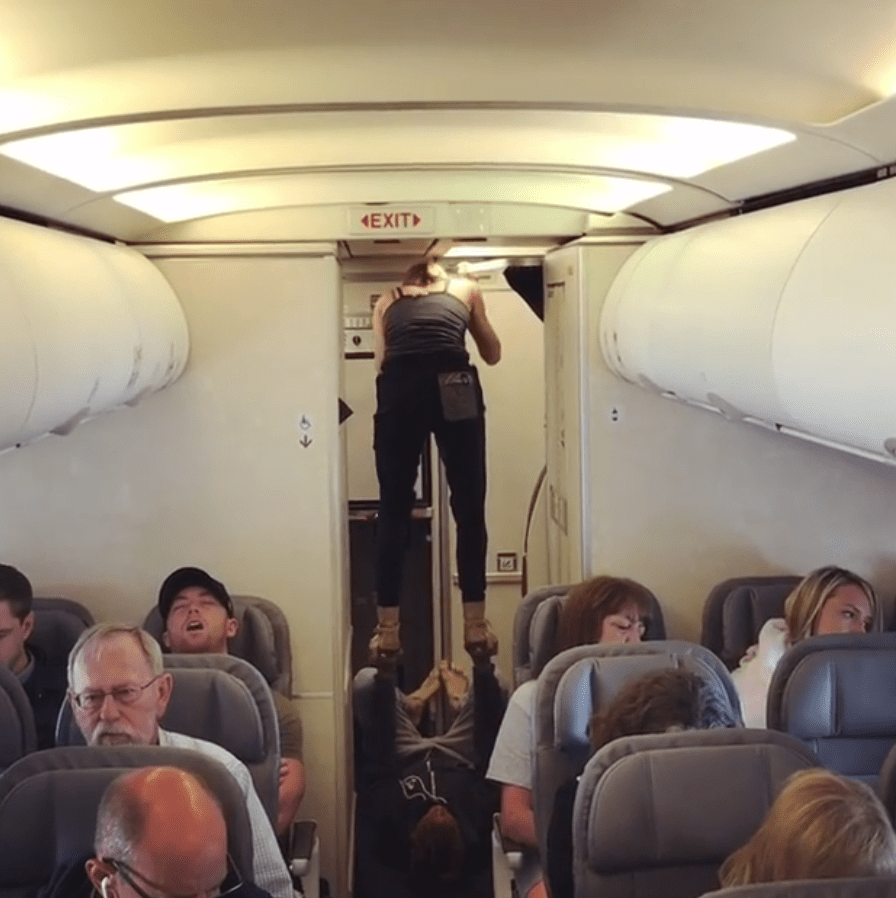 This couple were doing some next level yoga moves 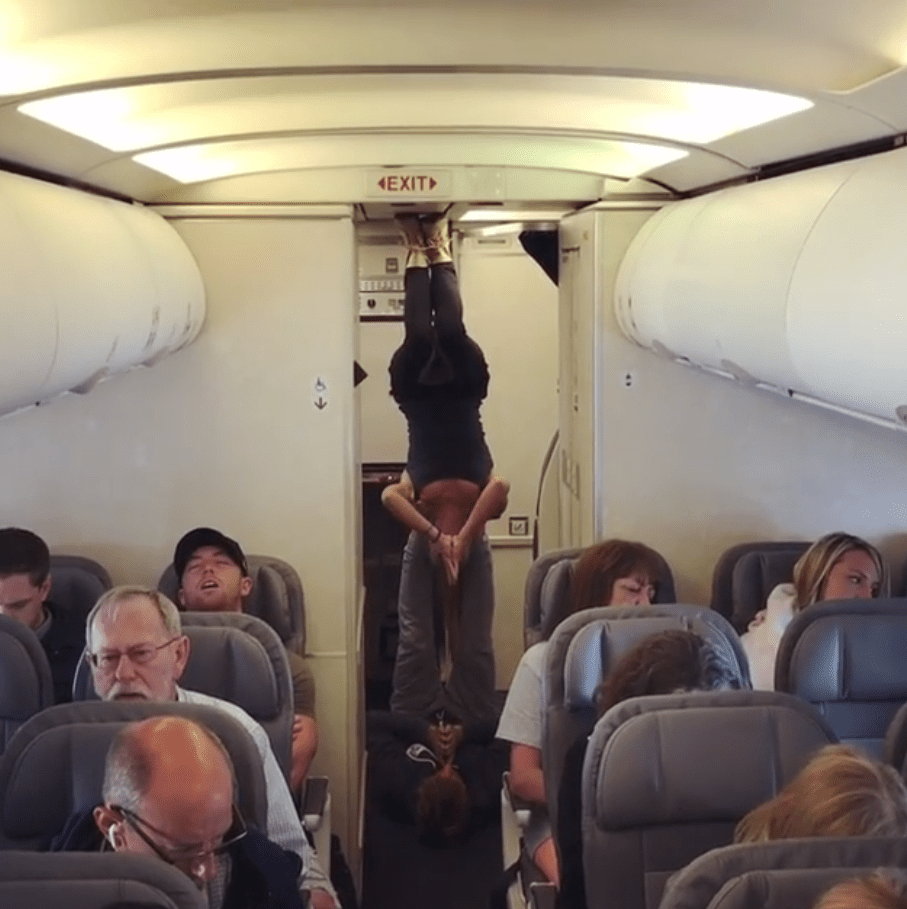 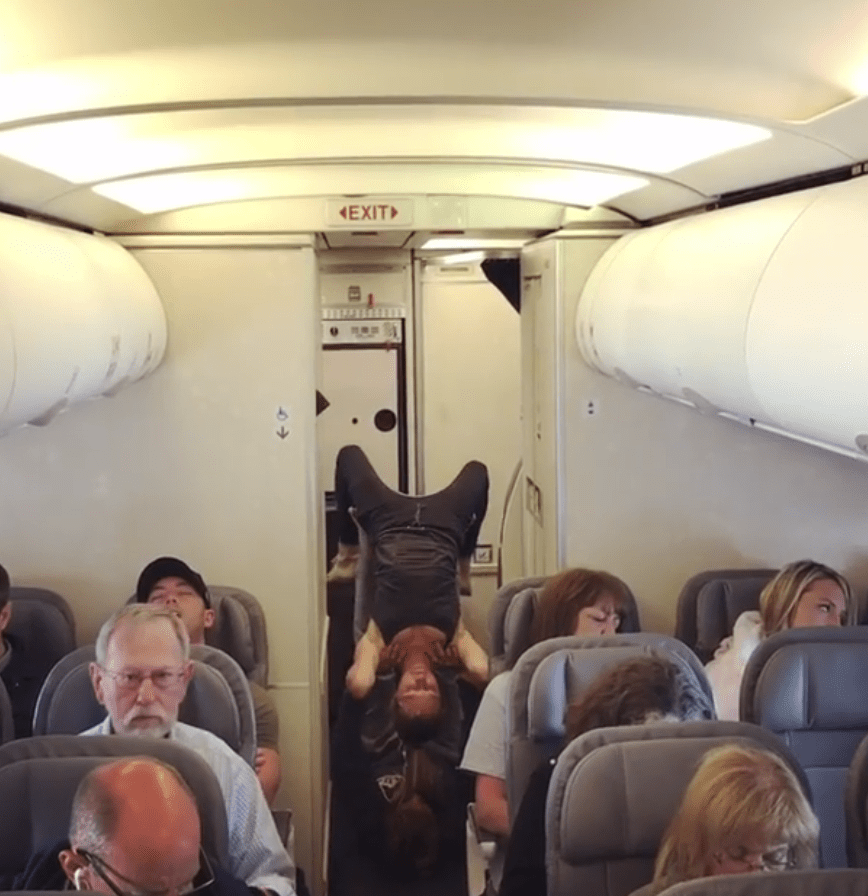 Some passengers seemed oblivious to the acrobatics

Flyers are often advised to do stretches while in the air to boost circulation.

Perhaps that's why we've seen so many instances of people doing yoga on flights recently.

But one couple took it to the next level when they started doing yoga poses together.

As well as doing various stretches, the pair were also seen pulling some seriously hardcore lifts. 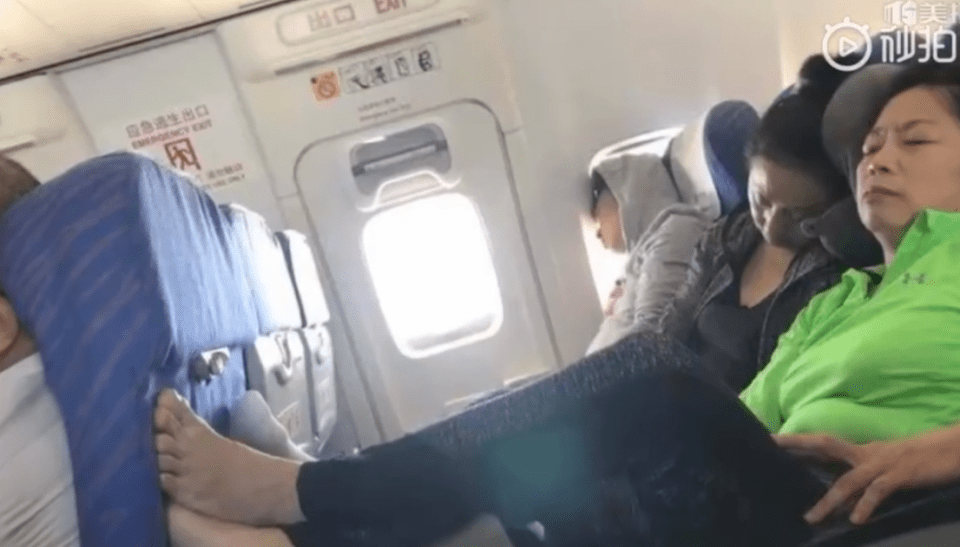 This passenger took a relaxed approach to flying

Passenger shaming websites never see a shortage of photos of people sticking their feet on the armrests or even headrests of the seats in front of them.

But one woman was called out for putter her bare feet onto a tray table, she refused to take them down.

The woman had apparently argued that she needed to rest her feet because she had injured it "during ballet practice".

Picking off dead skin from feet

If having someone else's bare feet near you is enough to make you sick, you might want to look away now.

One traveller had the misfortune of being seated next to someone who was picking the dead skin off their feet.

The woman was apparently playing on her phone at the same time, completely oblivious to her revolting actions.

Giving someone else a pedicure

Passenger spotted giving her sleeping neighbour a pedicure on a flight

If giving yourself a pedicure on a flight isn't bad enough, giving someone else one seems even more unbelievable.

But one passenger spotted a woman doing just that.

Perhaps even more weirdly, the recipient appeared to be sleeping at the time.

Helping a child to vandalise 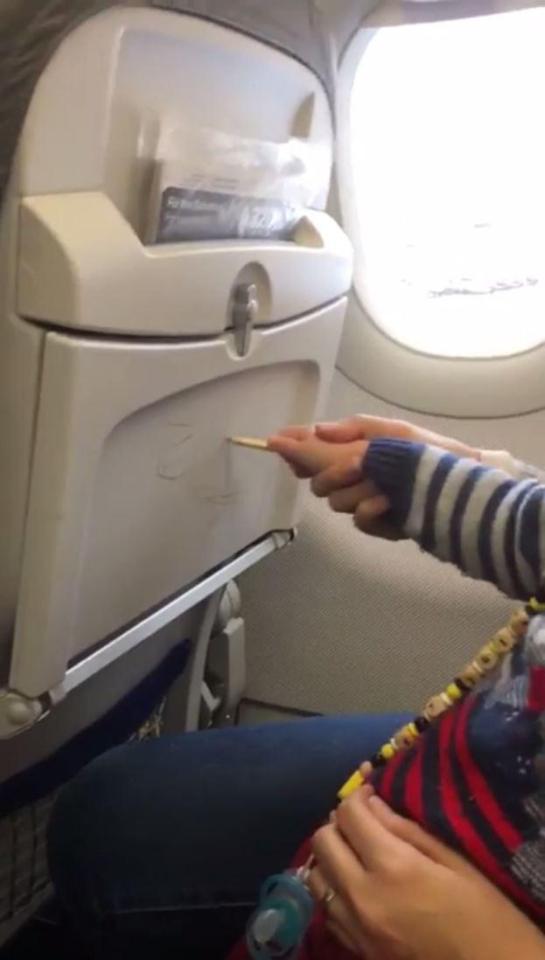 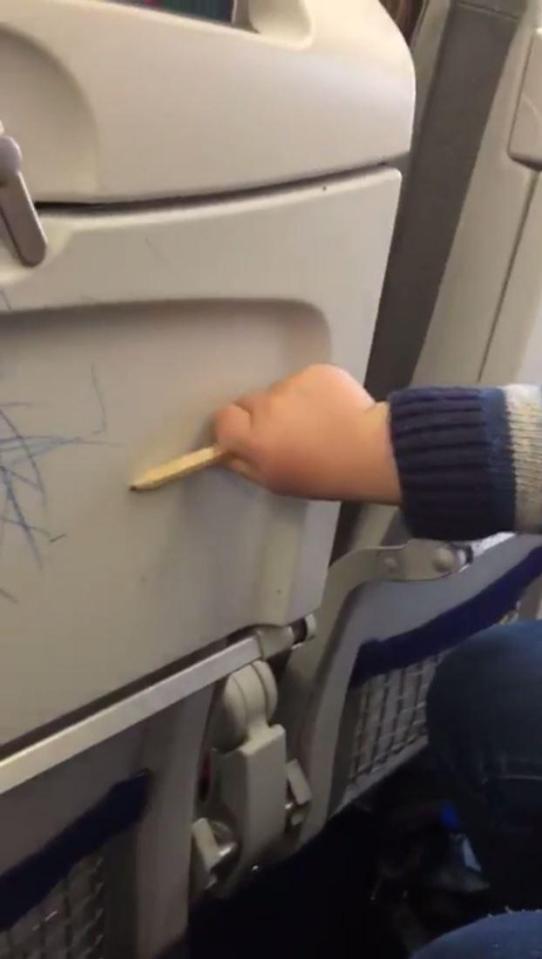 The unidentified woman was seen guiding the toddler's hand as he scribbled over a whole row of tray tables.

The viral video sparked outrage after it was posted to social media.

Letting a child use the potty in the aisle

PRO TRAVEL PARENTING TIP: Use the lavatory for your child. **BACKSTORY: Parent brings own potty seat on board, sets it in aisle midflight to have child use (in front of everyone)- when discovered by crew was advised she couldn’t do this & would need to utilize the unoccupied lavatory…and her reply…“I don’t give a shit!” [NOTE: obviously not shaming or identifying the child. But this literal shit is happening out there, folks.] #zerofucksgiven #pottiesonplanes #passengershaming #FAIL

In another example of bizarre parental behaviour, a woman was spotted letting her child use the potty in the middle of an aisle.

The woman reportedly said "I don't give a sh*t" when she was asked to use the toilets on the plane instead.