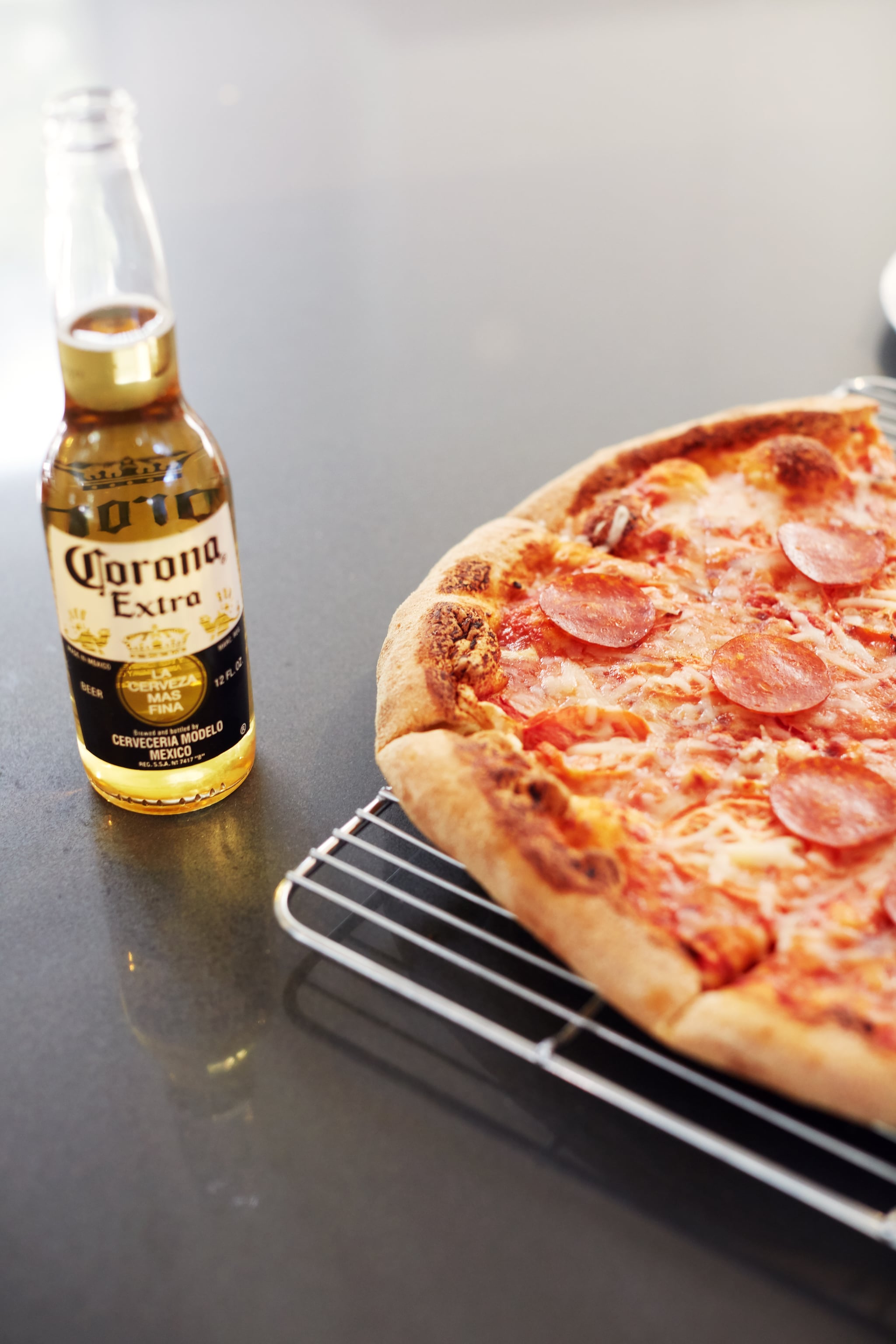 If frozen pizza turns out funky for you (burnt spots, soggy bits, general mediocre outcomes), here’s a tip from the internet. Forget about the back-of-the-box instructions, and instead, cook your frozen pizza like this guy. Reddit user numbahtwelve says to fully thaw the pizza and crank your oven to the hottest temperature it will go (not the broil setting). Then, cook the pizza on the rack of the oven (unless you own a pizza stone or cast-iron skillet) for five to eight minutes or until the crust crisps and cheese bubbles.

His logic? Restaurants and pizza chains cook the ‘za on pizza stones in commercial ovens that are set to 700°F-1000°F. This little hack emulates the professional method without the use of fancy equipment. Now, if you want to be truly fancy, brush the crust with olive oil and sprinkle crushed garlic or garlic powder on it, before baking. Mmm . . . seems like a simple yet reliable hack to try for the next frozen pizza night.

Wisconsin resident Don Gorske has been eating McDonald’s Big Macs every day since 1972.

Don Gorske has an unusual aspiration. He has, for most of his adult life, been eating two McDonald’s Big Macs per day. Gorske experienced a brief moment of fame in 2004 when he made a cameo in the documentary Super Size Me, but he never abandoned his routine. Gorske is still on the two-Big-Macs-per-day diet, and he has no plans to stop or cut back. By May, he will have eaten a total of 30,000 Big Macs.

As The Sun reports, Gorske has been on his McDonald’s diet since May 12, 1972. In all that time, Gorske says there have only been eight days when he’s gone without a Big Mac. He’s currently at Big Mac number at 29,877. If he keeps going—and he says he will—he’ll reach number 30,000 before summer. But that wasn’t even the first record Gorske broke. He got official recognition from the Guinness Book of World Records in 2017 after he ate Big Mac number 28,788 in front of a panel of judges.

Gorske is 64 and says that he plans to eat the Big Macs until the day he dies—or at least until his wife has to start putting them in a blender. He hopes to surpass 40,000 Big Macs before that day comes.

Despite the fact that he claims that Big Macs make up about 95% of his diet, Gorske claims that he’s actually in good health, which he credits to the walks he takes in the summer. Gorske says he rarely eats other foods, citing the fact that his “obsessive compulsive” behavior makes him want to eat the same thing every day. Indeed, Gorske has kept and organized all the receipts for his Big Macs in clearly marked envelopes.