As England prepare for their 1,000th Test, which starts on Wednesday against India, test your knowledge of the previous 999.

SEE ALSO: K-pop groups with the most followers on ‘V Live’

Recently, a netizen shared on their SNS, “Heok, what to do, my aunt is friends with Kwon Eun Bi TTTTTTTT. They went to college together TTTTT.”
Born September 27, 1995, Kwon Eun Bi is one of the older contestants of ‘Produce 48’, but still only 24 years old (Korean age). However, it may be odd for a fan if the star you’re a fan of is “old enough” to be your aunt?
After the netizen’s post became a hot topic on various communities, other onlookers commented, “It’s okay there are plenty of young aunts out there! It could be that this person’s aunt has a big age gap among her siblings, or that this netizen is a very young person”, “Actually my niece is the same age as me”, “I’ve been an aunt since I was in elementary school keke”, “Family relationship names are just family relationship names”, “Jealous… why can’t I be an acquaintance of Eun Bi…”, “That is one hip-looking college pic”, and more! 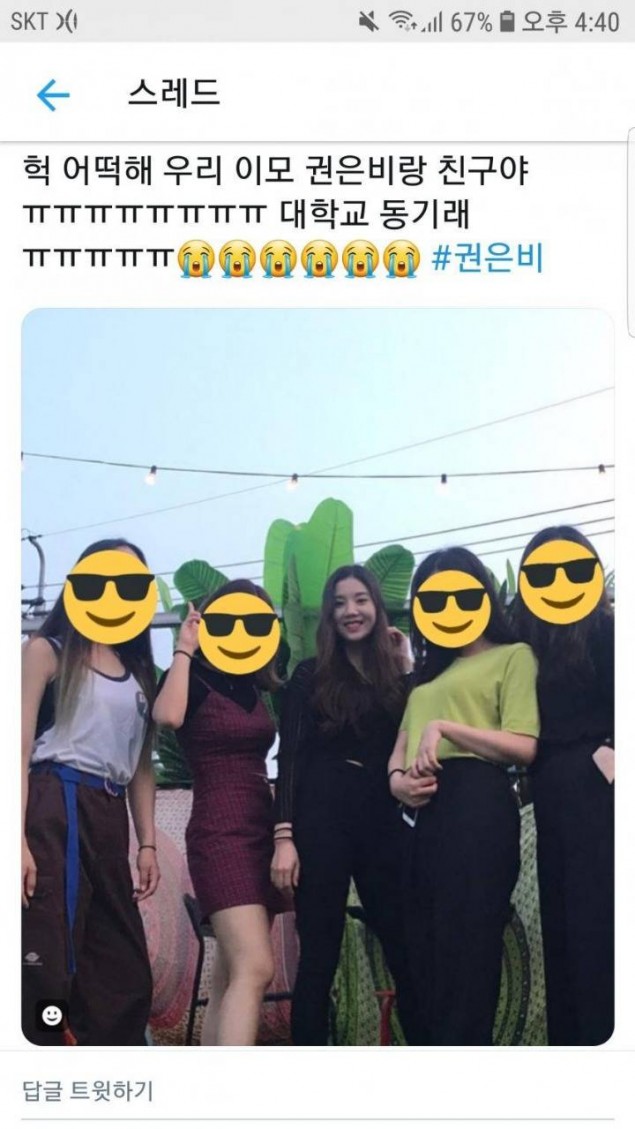 BTOB is getting fans hyped for their concert.

To get fans further excited, BTOB has released their official poster as well as a concert spot including amazing videos from previous concerts.
Check out the poster above and the spot clip below.
BTOBthis-is-us

She posed with their 2018 F/W line with the theme of ‘self-expression’. Part of the photoshoot was the feeling that Sunmi was taking photos of herself while expressing retro moods.

Check out all the photos below. 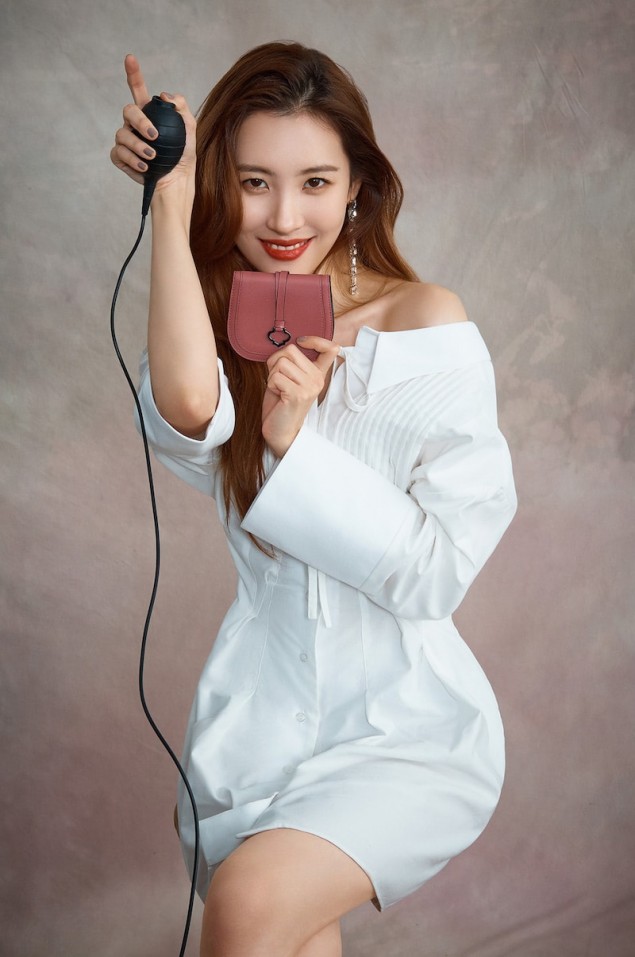 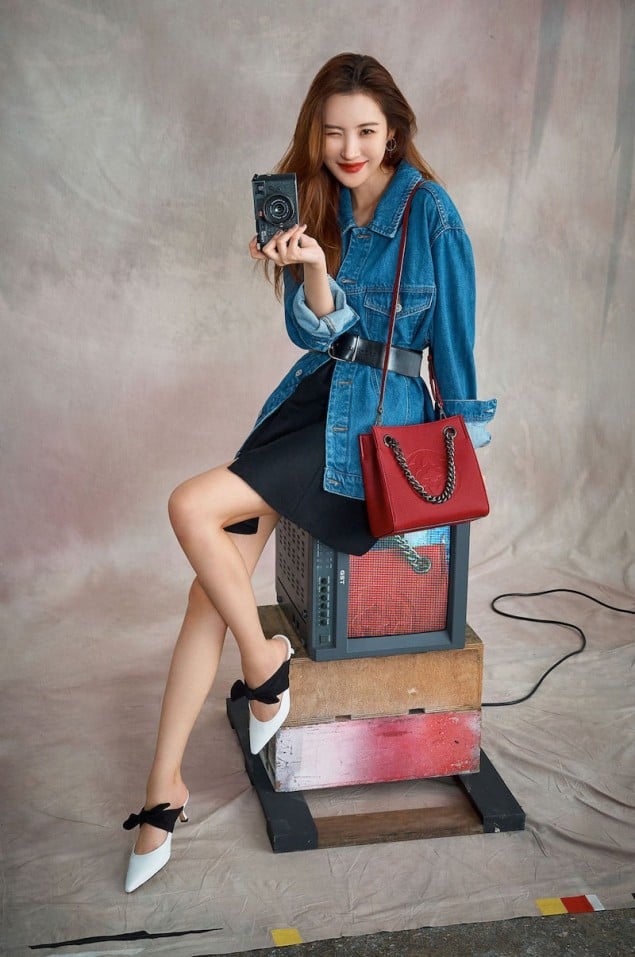 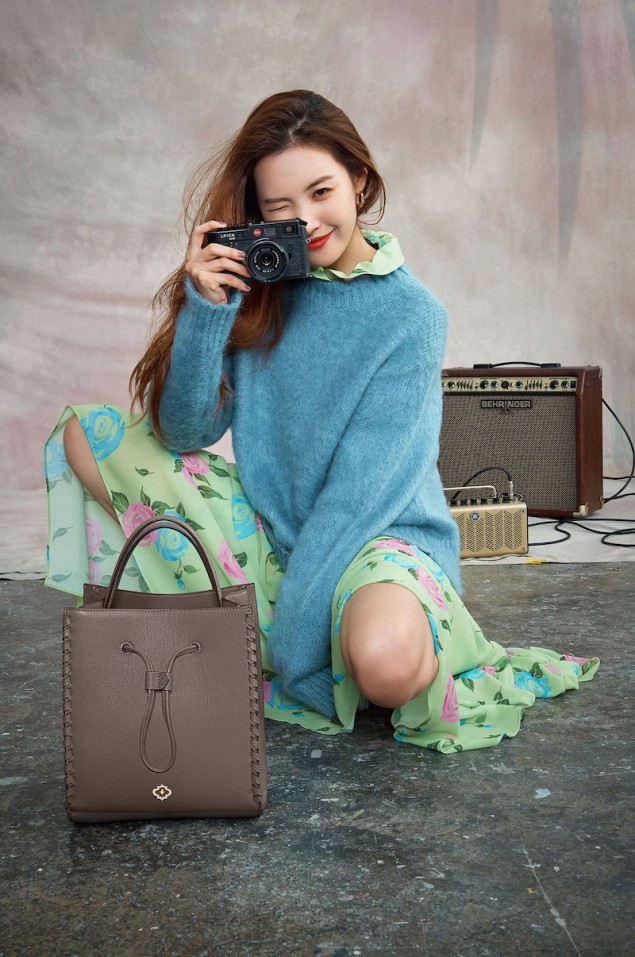 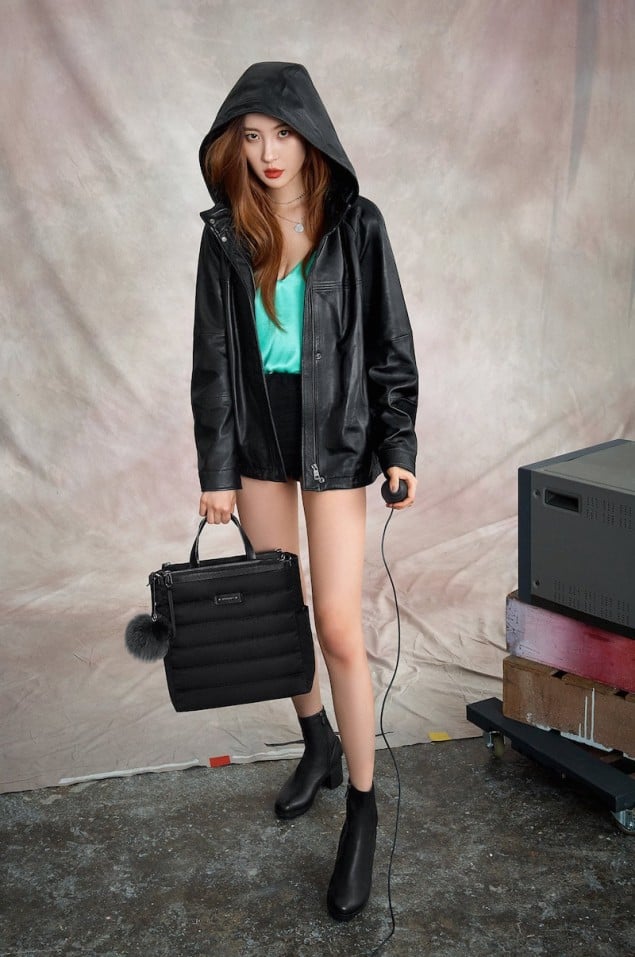 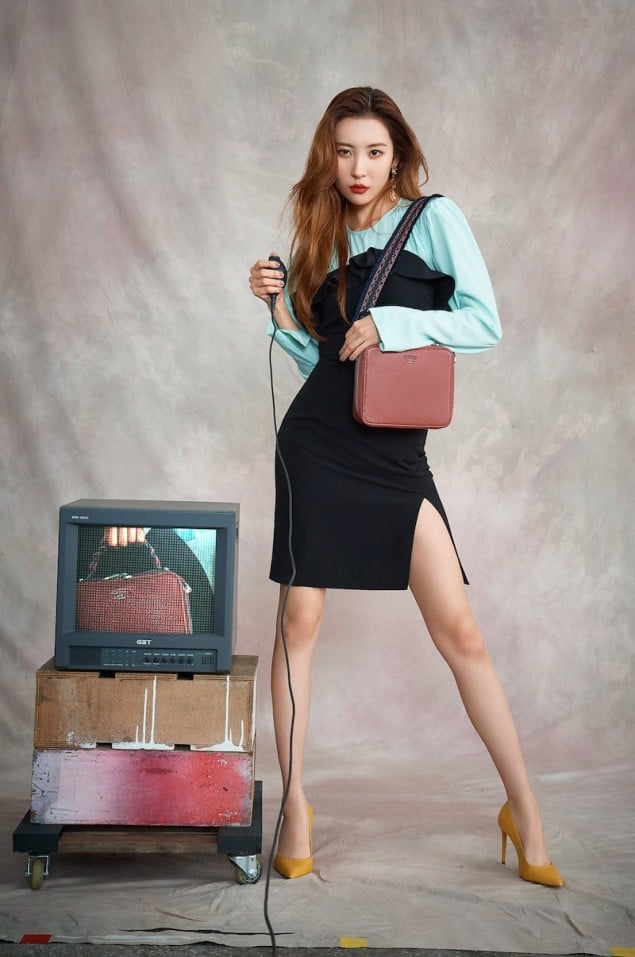 iKON has dropped their 2nd MV teaser for “Killing Me“.

The MV teaser shows iKON’s characteristic awesome moves, and gives fans another hint to what the song and final MV will be like.

In addition to their title track “Killing Me” composed by B.I, Joe Rhee, and R.Tee, iKON has coming up a sub-title track “Freedom” composed by Millennium, as well as “Only You“, “Cocktail“, and “Just For You“.
Check out the MV teaser above and get ready for iKON’s comeback on August 2nd at 6PM KST.
iKONkilling me

Nikolai Volkoff, a massive ex-weight lifter who played a Soviet villain in the professional wrestling ring and battled the likes of Bruno Sammartino and Hulk Hogan, died on Sunday at his home in Glen Arm, Maryland. He was 70.

His death was announced by the Evans Funeral Chapel in Parkville, Md. His wife, Lynn Peruzovic, told The Associated Press that he had had heart problems and was not responsive when she went to give him medicine.

Volkoff portrayed a Communist heel with convincing panache, wearing Soviet-style apparel, like an ushanka fur cap, into the ring and singing the country’s national anthem before matches. It was an ideal Cold War shtick in wrestling, where good vs. evil is an evergreen story line.

But even as the act turned him into a major star and brought him championship titles, he was uncomfortable in the Soviet guise. He was actually a Croatian born in Yugoslavia as Josip Nikolai Peruzovic.

“They made me into a Soviet bad guy,” Volkoff said in “Listen, You Pencil Neck Geeks” (2004), the autobiography of his flashy manager, Freddie Blassie, which was written with Keith Elliot Greenberg. “See, even though I’m from Yugoslavia, my mother’s Russian and I speak the language. My father is Croatian and Italian, and there were too many Italians already in wrestling. Croatians nobody knew about.”

But, he added, he disliked the character that Blassie created for him. He detested life in Communist Yugoslavia and said in the book that he could not wait to flee.

He did so in 1968, after a competition in Vienna, going to the Canadian Embassy and defecting.

“I was just so happy to get out from there,” he said in an interview for the book “The Pro Wrestling Hall of Fame: The Heels” (2007), by Greg Oliver and Steve Johnson. “Those Communist bastards. I hated them.”

Blassie insisted that Volkoff’s revenge on the Communists he loathed would be to “show people how bad they are.”

In 2013, Volkoff told The Baltimore Sun: “It was unbelievable. I was the most hated wrestler in the United States at the time.”

Volkoff acted the Soviet baddie for many years. When he wrestled Hogan in 1985, they carried the flags of their respective countries to the ring. Once inside, Volkoff stripped off what appeared to be a World War II Soviet military coat. When their match began, Volkoff — 6-foot-5 and more than 300 pounds — twice lifted the even larger Hogan over his head.

But Hogan, the self-appointed protector of America, defeated Volkoff.

Volkoff won several championship titles. But the most prestigious one was the tag-team belt that he took home in 1985 with the Iron Sheik, another anti-American character, for the World Wrestling Federation (now World Wrestling Entertainment).

Volkoff was inducted into the WWE Hall of Fame in 2005.

Josip Peruzovic was born on Oct. 14, 1947, to Ivan and Drajica Peruzovic in Split, Croatia, when it was part of Yugoslavia. He was a junior weight lifting champion in his country.

At the time of his defection, he spoke no English. Finding his way to Calgary, Alberta, he trained with Stu Hart and Newton Tattrie, with whom he formed The Mongols, a tag team partnership in which Perusovic was Bepo and Tattrie was Geeto. They briefly held the wrestling federation’s international tag team championship in 1971.

Bruno Sammartino, the popular and gentlemanly champion, was one of Volkoff’s most frequent rivals.

In March 1974, nearly four years after Volkoff (then billed as Bepo Mongol) defeated Sammartino, the two battled to a draw for 53 minutes at a sold-out Madison Square Garden until the 11 p.m. curfew.

“The Siberian,” as The Daily News referred to Volkoff, “was tremendously effective in the first half of the match and especially in the closing minutes when he had Bruno’s shoulders to the canvas for counts of two on three occasions.”

Volkoff called it his most important match. But Sammartino triumphed in their rematch the next month. (Sammartino died in April.)

The end of the Cold War did more than force the fall of the Berlin Wall. It turned Volkoff into a good guy when he teamed up with the uber-patriotic Hacksaw Jim Duggan in the 1990s. Volkoff continued to wrestle, on and off, until last year.

In addition to his wife, the former Lynn Breidenbaugh, he is survived by his daughters, Kirsten Peruzovic and Kara Lipinski; and his brothers, Ante and Tihomir.

In the latter years of his wrestling career Volkoff became a county code-enforcement inspector in Baltimore. In 2006, under the Volkoff name, he ran unsuccessfully in a Republican primary for a seat in the Maryland House of Delegates. He finished last in a field of five.

He also worked with children at a recreation center in Cockeysville, Md., teaching them chess and pool and supervising some in weight lifting.

“We just want to give kids a healthy environment,” the once-fearsome heel told The Sun, “so they stay away from troubles.”

A scrappy Sophie Bray field goal midway through the first quarter put England in front before Lily Owsley sealed the win late on.

South Korea struggled to threaten, although England goalkeeper Maddie Hinch made two crucial saves – one in the third quarter and one with minutes left – with the score at 1-0.

The hosts will play Netherlands in the last eight on Thursday.

England could have won more convincingly but wasted a number of good first-half opportunities, with Alex Danson guilty of going alone rather than setting up Bray for a tap-in moments before half-time.

South Korea were then able to exert some second-half pressure but they were punished after pulling their goalkeeper late on in a bid for an equaliser, allowing Owsley to break and score into an empty net to make it 2-0 with a minute left on the clock.

Earlier in the day, India beat Italy 3-0 to line up a quarter-final against Ireland.

That’s the England we have been waiting to see. They controlled the game from start to finish. They had more composure and thoroughly deserved the win.

It was great to see two different goalscorers and they will be full of confidence going into the quarter-finals.

England’s game against the Netherlands will be the first game in this tournament they will go into as underdogs. I think England will thrive on that.

England goalscorer Sophie Bray: “It was good for us to get the first goal. It meant South Korea had to come out and play more, which gave us more opportunities. Credit to our defenders- it was a solid performance to keep South Korea out.”

England coach Danny Kerry: “I really enjoyed the first half. We absolutely smashed it. In the second half, we lost some shape up front, but the first half was fantastic.

“We took away South Korea’s game. We didn’t allow them to set up big shapes. We forced them to play deep and then we turned them over and counter-attacked. That’s what I was most happy about.

“I knew the second half would be cagey as fatigue set in, but I’m a pretty proud coach. We have a few things up our sleeve for the Dutch.”

On July 28, Kang Sung Hoon held his solo concert titled ‘The Gentle Encore‘ at KBS Arena in Seoul. The setlist for the event included a ‘secret song’. The ‘secret song’ turned out to be a remake of “Flower Road” – the fan song Big Bang released at the time of their military enlistments.

SEE ALSO: [Interview] Ask anything and everything: Let us know your questions for IN2IT!

Kang Sung Hoon made changes in the lyrics by taking out ‘Big Bang’ and inserting his nickname ‘Hoony’.
Some Big Bang fans became furious at how Kang Sung Hoon used the fan song for his solo performance. The fans claim the song is more than just a Big Bang song but a precious fan song that holds deep meaning. In addition, Big Bang has never performed the song together. Therefore, it should not have been remade or sung at a solo concert.
Kang Sung Hoon’s Instagram has been taken over by angered Big Bang fans. While some netizens agree the song should not have been used, some others are claiming the fans are overreacting.
What are your thoughts on the issue? 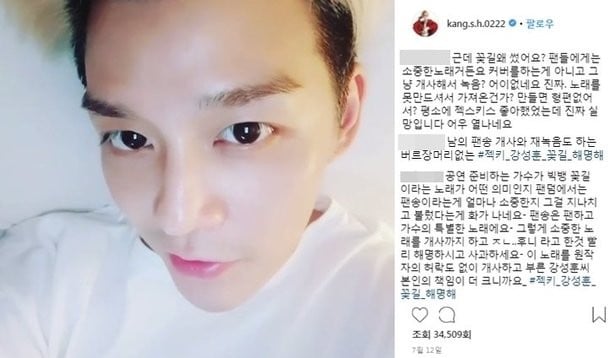 B.A.P has announced an American tour.

SEE ALSO: B.A.P shed tears during ‘2018 LIVE – LIMITED’ in Seoul saying this might be their last concert

B1A4‘s Gongchan has been chosen as the MC for a new music show.

He’ll be MCing for GMTV‘s ‘Busking on a Bus‘, which is a new show on GMTV that aims to give energy to those wearied by real life. Musicians will be holding surprise busking performances for everyone who’s living diligently throughout life.

SEE ALSO: [Interview] Ask anything and everything: Let us know your questions for IN2IT!

Gongchan said, “I’m nervous because this is my first time MCing for a music show in a while, and I’m also looking forward to it. I’m also very happy that I can meet fans through busking stages. I’ll show sides of myself that I couldn’t before.“ 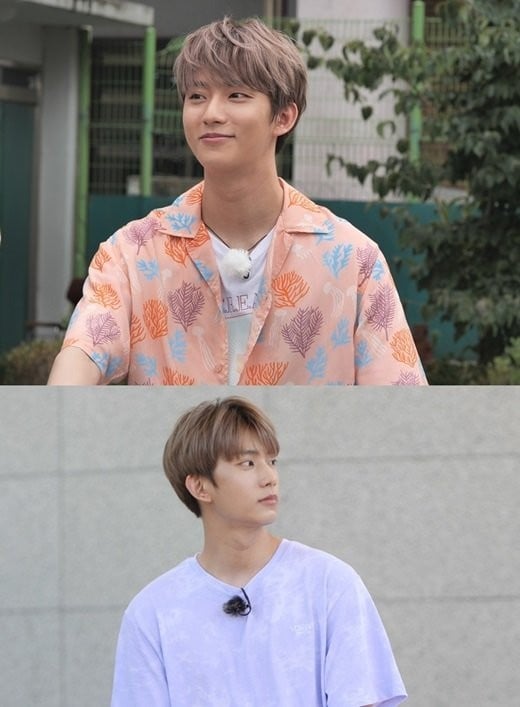